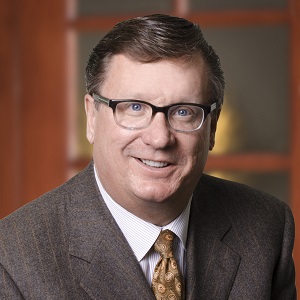 A Long-Time Commitment to Pittsburgh

“Pittsburgh’s willingness to give never ceases to amaze me.”

Tom Grealish, president of Henderson Brothers, Inc. and a long-time United Way Tocqueville Society member and supporter, developed a dedication to giving back at a young age.

“My mom and dad were great role models. I watched how they gave back to the community, and it made me want to do the same,” Tom explained.

While Tom joined the Tocqueville Society several years ago, he’s supported United Way in some capacity for more than 20 years. He loves Pittsburgh and has lived here all his life – he even graduated from Duquesne University.

Despite his long-time commitment to giving back to his community, Tom continues to be amazed by his city’s dedication to helping one another. “Pittsburgh’s willingness to give never ceases to amaze me,” Tom remarked.

Tom encourages others in the community to consider volunteering their time or contributing to a good cause with United Way. It is a great way to learn more about the organization and community, he said. “Don’t just contribute. Be involved and learn more about your community,” Tom noted.

In addition to his work with United Way, Tom is also the president of the Mario Lemieux Foundation, as well as a board member at the University of Pittsburgh Cancer Institute, Duquesne University and the Pittsburgh Penguins.

To learn more about how you can join United Way’s Tocqueville Society, visit uwswpa.org/tocqueville-society/.