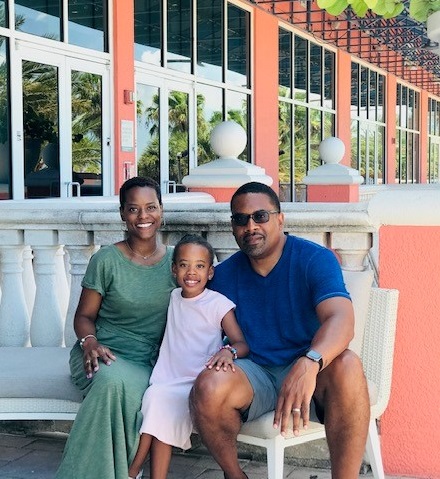 Being closer to the work of United Way drives commitment

When Kevin and Rhonda Bolding first met, they discovered they had something very special in common—the genuine desire to help others. Today they are married and share a daughter Kira who is six years old. Rhonda is in the architectural, engineering and construction industry and Kevin is the President and CEO at YMCA of Greater Pittsburgh.

Through Kevin’s leadership at YMCA, he knows first-hand how important United Way is to the region. “There is no doubt United Way makes non-profits stronger. Non-profits each fill a niche that can’t be filled by the private community. United Way helps those organizations to be strong, trying to fill the niche where communities have gaps. If United Way didn’t exist it means those gaps go unfilled and more people struggle.”

Kevin encourages donors to take more ownership with their giving. “I know a lot of people give because their companies sponsor it and urge them to do so. They just give and give indiscriminately. But if people can connect to what’s really going on and get closer to the work, they’ll have a better understanding where those dollars are going. I think they’ll become more committed over time.”

Rhonda’s philanthropic service also stems from personal experience. “I grew up amongst a family of givers and selfless people and as a result of being on the recipient end of their giving, and just watching them give on a grander scale, I feel like it’s innate in me to give back.” Rhonda has also faced life-long health challenges with Crohn’s disease. “The love and support that I’ve received from so many people—it is almost impossible not to give back in some way—it may not be in the same way, but I want to make other people feel the way I have felt.”

Kevin and Rhonda hope others will join Tocqueville. “Number one, it’s easy. United Way employs so many tools to make giving easy for people. Number two, the Tocqueville Society helps people to really connect with other like-minded people. Everyone wants to be part of some kind of a group. Here families come together and do lots of great things,” says Kevin.  “I’ve always believed that we’re put here on this planet to make a difference.”