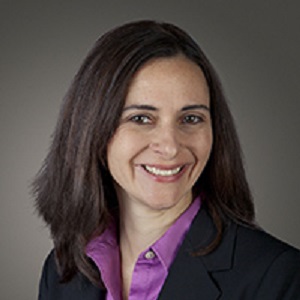 Being part of a community force – and making a real difference

“It’s women helping women, and it resonates with you. There’s no other organization like it.”

For Penny Zacharias, giving back was always something her and her family did. “It’s always been instilled in me since my childhood. It was the way of life when I was younger, so it was very important to me to be very involved in the community where I live and work,” she said.

She learned about United Way of Southwestern PA through her workplace campaigns as a young professional, where she also had mentors that were involved in the organization. “I saw United Way was a cause people cared about, and I wanted to learn more,” she explained.

With encouragement from Women’s Leadership Council members, Penny began attending events, such as the Wine Tasting and Annual Breakfast. After witnessing the power of women giving back together, Penny decided to sign on as a member and began volunteering her time on Days of Caring and at shelters.

“I have found volunteering at women’s shelters to be very rewarding, and I got to meet a lot of great women,” Penny said. “Every time I attend something I feel like I learn about another facet of the community in which we serve.”

Several years after Penny joined the WLC, her step-mom, Anne Zacharias, also decided to join. “It’s a lot of fun volunteering aside Anne. We check in with each other to see what events the other is going to attend, and I really enjoy that,” Penny remarked.

In addition to encouraging Anne to get involved, Penny participates in the ‘Step-Up’ program, where she has financially assisted young women who are hoping to join the WLC. She knows that her dollars and time are being put to good use with United Way.

“The depth and breadth of United Way’s work is unparalleled in this region. It’s fulfilling in so many ways – giving back to the community and being part of such a strong group of people. It’s personally gratifying,” Penny said.