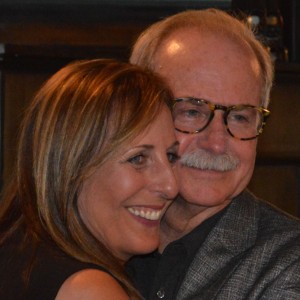 “I give to the Impact Fund because I want my dollars to go wherever they’re needed most in the community.”

During the many years that Dr. Daniel Edelstone led the Physicians Campaign at the University of Pittsburgh Medical School, where he is Professor of the Department of Obstetrics, Gynecology and Reproductive Sciences, he inspired many of his colleagues to join him in supporting United Way. It took time and effort. But he knew it was important to do it. During agency site visits as a volunteer program reviewer, he’d seen firsthand what a difference United Way was making in the community.

It was a matter of education—not everyone had such a clear understanding of United Way’s impact on people’s lives—so Dr. Edelstone showed his colleagues how United Way’s work aligned with theirs. He told them about funded programs that were measurably improving conditions that affect people’s health, like homelessness, poverty, and violence. He urged physicians who were already helping the needy, by providing free clinical care or giving to their churches, synagogues or favorite charities, to consider doing more. “I’d say flat out that most of our pets eat better than many of our neighbors,” he said. “We’ve had great opportunities and have worked hard. We have good lives, privileged lives. Helping others is an ethical imperative, and Tocqueville Society members can have an incredible and lasting effect.”

As a boy, Dr. Edelstone was taught to think of others and to do the right thing without seeking attention. He contributed anonymously to United Way until he realized that he could motivate others to give by his example. He always designates his annual gift to the Impact Fund. He trusts United Way to leverage his dollars to help those most in need. Unrestricted giving to United Way “is about more than just supporting a cause you believe in. As a doctor I’ve take an oath to put others first when they need me. It’s the same when it comes to giving, helping to raise funds, and sharing how important it is to be philanthropic. The community needs us.”