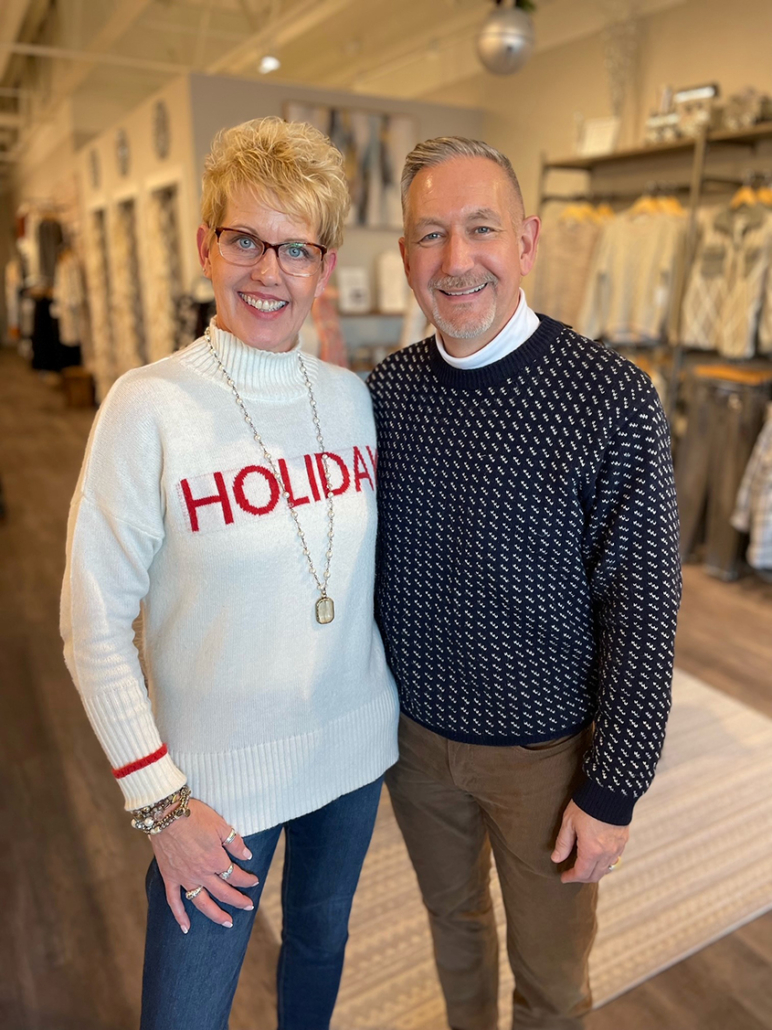 A Family of Entrepreneurship and Financial Leadership.

Christine and David Dunn aren’t originally from Pittsburgh but for them, it feels like coming home. David is from upstate New York and Christine grew up in North Central PA. They met in Corning, New York, and subsequently lived in California, Virginia, Rhode Island, and South Carolina. But upon coming to Pittsburgh 5 years ago, the city just seemed to fit. “We really feel a part of this city. We’ve been Steelers and Penguins fans for such a long time and it’s very cool to be part of a sports scene we’ve been following from afar all these years,” says David.

Christine is the owner of Mainstream Boutique, a women’s clothing and accessory shop in Cranberry Township. David is Executive Vice President and Assistant General Auditor for PNC Bank. For David, the connection to United Way is personal. Early in his career, he worked for a non-profit agency that relied on funding from United Way to advocate for people with disabilities. “United Way provided critical funding but also gave us credibility, and the ability to network in the community. That experience was eye-opening.” Now in a corporate job, David says that giving to United Way just makes sense.

The Dunns have donated to United Way for over thirty years and describe United Way as the connective tissue that makes philanthropic dollars work harder in the region. “I don’t think people fully appreciate that role—the value of the dollar that you contribute goes where it needs to go. That insight into the region’s needs is core to their mission,” says Christine.

Christine is on United Way’s Women’s Leadership Council and David is the PNC representative for the Tocqueville Committee. They encourage others to get started even at a lower donation level. “We went through the step-up program. As each year goes by, that incremental donation becomes easier to absorb, but the difference it makes to the people receiving it is exponential,” says David.