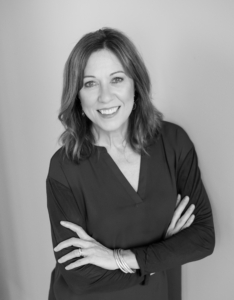 Leading a family business engrained in the local community

Chris King is Vice President of Sendell Motors, a family-owned business in Westmoreland County. She is a Subaru Dealer and oversees the sales and operations for the company’s three franchises. She also represents the region on numerous automotive dealership advisory boards. Chris loves being in the car business. “I love meeting people in the community when they come in to shop, and I love being able to give back and support non-profits in the region.”

Chris wears several hats. Not only is she a business owner, but she is also an active mom and a volunteer. Her efforts help support local schools and youth sports teams in addition to United Way. “My parents have always inspired me to help others, volunteer, and be independent.” Chris’ father was the linchpin for Sendell Motor’s early affiliation with United Way. “Many years ago my Dad organized the new car incentive program with Nancy Kukovich, the former Executive Director of United Way of Westmoreland County. He contacted all the car dealerships in the area to contribute and participate in the annual campaign. We’ve been strong supporters ever since,” says Chris.

After college, Chris moved to California, but she missed her hometown and the feeling of being part of a community. “Moving back to Greensburg allowed me to work and grow a fourth-generation family business. I love knowing and working with the grandparents, parents, and kids that have come in over the years to buy a car.

Chris joined United Way’s Women’s Leadership Council (WLC) six years ago. “The benefit for me has been meeting and networking with other working women and female leaders in the community. I have met so many people over the years,” says Chris.

As the pandemic begins to lift, she looks forward to meeting new faces. “I hope more women consider joining this great group of women. It takes some effort for all of us to step out of our circle of friends, but there are so many amazing women in our community,” she says.

In addition to WLC, Chris has also been on a steering committee to support United Way’s Open Your Heart to a Senior program. Chris is also a board member of the Westmoreland Chamber of Commerce, CASA of Westmoreland, and Adelphoi, an organization helping at-risk children.