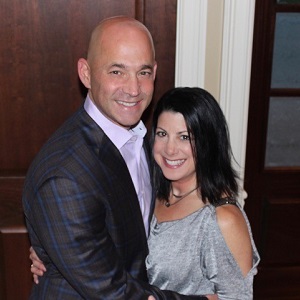 Decades Of Service: A Family Man’s Life Of Philanthropy

“I simply cannot think of a better organization to utilize your generous contributions.”

Dan Milwit learned just how impactful a life of service could be while watching his father dedicate his life’s work to various charities. A love of philanthropy was sparked by his participation in fundraisers from a young age and seeing just how impactful his efforts were in his community. “Knowing that my efforts made a positive impact on my community had a lasting impression,” explained Dan.

Although Dan, his wife Stephanie, and their two children, twins Jake and Samantha, have only resided in the Pittsburgh community for just over two years, Dan has contributed to other community United Ways across the country for 24 years. “Giving back to our local community has always been important to me, Stephanie, and our children,” said Dan. It was an obvious choice to get involved with United Way of Southwestern Pennsylvania upon moving to the area.

Dan is the Vice President and General Manager of Enterprise Holdings, a longtime supporter of United Way. Dan noted that since 1969 contributions to local United Way chapters from Enterprise employees, combined with the 50 percent match by the Enterprise Holdings Foundation, total more than $278 million.

“In my first year with Enterprise, my wife and I learned about many of the amazing programs United Way provides to local communities. We have been consistent supporters ever since,” said Dan.

Dan is hopeful for the future of philanthropy, especially with the wealth of educational resources United Way provides. “With more and more new professionals joining the workforce, it is imperative that we engage them early in their careers, just like I was,” he said.


Learning the meaning of consent: How Coaching Boys Into Men impacted Carrick...

The Importance of Getting Young Women Involved in Their Communities