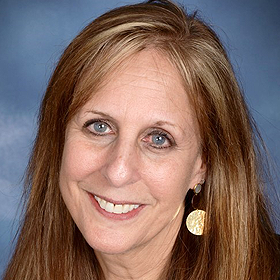 Taking Care of Her Own

To Give Back To Her Native City

Working as a lawyer and a partner at Reed Smith, Pittsburgh native Dodi Walker Gross is no stranger to helping the community. Leaving Pittsburgh to go to college in Michigan and then paralegal school in Philadelphia, her career ultimately brought her back to Pittsburgh where she resides. Working in downtown Pittsburgh for almost 40 years, she started with “a job offer from Reed Smith while still in paralegal school. “It was a year after the new federal ERISA law had been passed and there was so much work that the tax lawyers weren’t prepared to do,” she explained. “After 14 months as a paralegal, Dodi worked for a steel company while attending Duquesne law school at night and another law firm as an associate attorney before returning to Reed Smith in 1984 where she has remained for more than 30 years – 25 of them as a partner.

Dodi shares that the United Way has been a part of her life ever since she started working, as early as her work for Allegheny International. The company and law firms she worked for were very community-minded and encouraged activities in support of what she calls the “premier umbrella organization that does more than collect money for its agencies.” Being involved with United Way was consistent with the steel company CEO’s goals, of putting educated people back into the community.”

Being involved with charities like Junior Achievement, as well as, other mentoring programs, Dodi became exposed to the world of giving back early in her career. Explaining that both of her grandparents were pillars of the community and significantly involved in fundraising and giving to and supporting different organizations, and watching her mother follow suit by volunteering for charities throughout her life, as she does now 4 days a week at the age of 88, Dodi witnessed first-hand how important it was to give both money and time to important causes.

Impressed by the dedicated and caring United Way staff, Dodi believes that the staff’s “level of professionalism and expertise in their area is often overlooked. “ She emphasizes that it is not just a job but is their passion and that becomes infectious to donors. Furthermore, she feels strongly that “people need to understand that every dollar matters; no gift is too small to be important.” When a nonprofit’s budget doesn’t cover all of its services, United Way’s support makes a difference; including each donor’s contribution―big and small. United Way facilitates collaboration with other nonprofit organizations by leveraging its relationship with others, another reason that supporting United Way is critical.

When speaking about her Tocqueville membership, Dodi emphasizes her desire to maintain her support and connect with like-minded people. Always looking for educational experiences, Dodi thoroughly enjoys the speakers, book authors and educational charitable events that she participates in through the Tocqueville community. Caring immensely about the beneficiaries of the various initiatives, she views philanthropy advocacy as an incredibly important aspect of being a part of United Way and has exercised that belief through the Women’s Leadership Council and Tocqueville Society. Dodi strongly believes that nonprofit organizations are critical for the community. Having family members who have used various social services and concerned about the aging Pittsburgh population, she wants to be a part of what helps the services and programming to survive.

Speaking specifically of the United Way, Dodi believes the organization has done an incredible job of making sure she understands the impact her Tocqueville gift makes in the community and also helps her to do a better job promoting United Way involvement within her firm. Believing that the future of philanthropy is very important, she strives to get others involved in giving back to the Pittsburgh community. “I do what I do because I can, and I would tell anyone who is thinking about becoming a member to just do it,” She explains. “It’s not because you become a Tocqueville member, but because it is important to make a significant difference and to help make the world a better place for our children’s future.”

Praising the Pittsburgh community for taking care of its own, she has learned through her philanthropy that the city is a pretty amazing philanthropic community when compared to many other cities.

Fully standing behind the importance to continue to give, Dodi modestly urges readers to “give even if it hurts.”