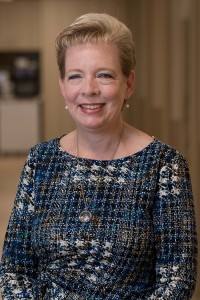 Dr. Carol Fox cares for patients and the community one life at a time

Dr. Carol Fox always knew that she wanted to go into medicine. Her mother was a nurse, and Carol remembered from a young age, how her mom was sought after—she was the person you turned to when you had an illness. And her mom was the first one to step forward to take care of someone else. Aside from a strong role model, Carol had a knack for science and was aware of the burgeoning feminist movement in the late sixties as more women began to take on careers traditionally held by men. She knew if she did well in school, she would be a doctor and that determination carried her far. Today Carol is the Chief Medical Officer at Excela Health.

Carol loves medicine, but more than anything, her job gives her the ability to touch lives. “I do think growing up with my mother, I have this bent towards helping people,” says Carol. She also believes that patient interactions have taught her a lot over the years—about people’s struggles and how even a conversation can make a lasting impact. That sense of caring has translated into strong philanthropic values. Carol has been involved in United Way campaigns for most of her career. She has also served as a Campaign Cabinet member helping to make important funding decisions. “I got in-tune to the inner workings of United Way—the things they support and the people they help. It was very fulfilling.”

Carol is a member of United Way’s Women’s Leadership Council (WLC) and values the time she has developing relationships and working alongside other female leaders. WLC has done a lot of work with United Way’s Open Your Heart to a Senior program. “As a hospital administrator, so many times we see patients who either can’t access care or it’s not a medical issue per se—they don’t have a way to get to the grocery store, they just need somebody to check in on them, they’re trying to do things in their house that they shouldn’t. And that really resonates with me. We’re able to touch lives before something more serious occurs.”

As the pandemic continues to impact lives, Carol wishes that more people knew about the depth of services that are available through United Way and the impact they have on real lives. “I think there’s maybe a misperception that more money goes to administration versus actually helping people. And it’s just not the case. COVID has created more financially-strained families than ever and it’s important for those of us who have the resources to give, do so.”