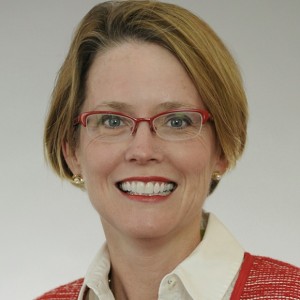 Finding the right fit to give back

“The more women we can get involved with United Way, the bigger impact we can make.”

Several years ago, Tracy DeCock was invited to a cocktail party and excitedly decided to attend. Upon arrival, she met a group of women from United Way’s Women’s Leadership Council who were all sporting bright pink slippers. While the footwear may have played a part in Tracy joining the WLC, the connections and impact she’s made on her community have given her involvement with the group meaning and passion.

“From day one, it was just such a good fit for me,” Tracy explained. “It’s a group effort, and I learned that together we can make a big impact in our community.”

Tracy also learned that a gift to United Way is the most efficient way she can give her dollars. Because United Way looks carefully at each agency in the community and allocates dollars where they can be most effective, Tracy felt confident aligning herself with the organization.

“I don’t have time the do the research myself and figure out which social services to donate to – United Way does it for me,” Tracy said. “It takes a lot of due diligence, and as a financial person, I am comforted by that.”

This year, Tracy became the WLC’s Co-Chair, where she celebrated with nearly 1,000 local women earlier this year at the WLC’s 16th Annual Breakfast.

“At this year’s event, we shared stories of women who have been helped through United for Women and 2-1-1,” Tracy said. “I hope people left inspired and ready to do a little extra.”

As for her term as co-chair, Tracy has high goals. She hopes to make United Way’s work, along with the availability of 2-1-1 and United for Women, more visible in the community. She also hopes to recruit and retain more women and raise awareness among local men who might be able to encourage their daughters or wives to come on board, as well.

“The WLC is about women helping women, both charitably but also professionally through networking and volunteer opportunities,” Tracy explained. “I am proud to be part of this amazing group.”