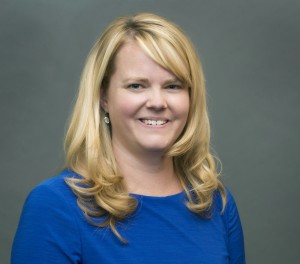 Giving Back: A Good Habit That Should Start Early

Jayme Butcher, a partner at Blank Rome, LLP since January 2015, concentrates her practice in the area of complex commercial litigation. Her work has taken her all over the country and has been nationally recognized; in 2011 Super Lawyers named her a “Pennsylvania Rising Star,” a prestigious honor bestowed on only a very small percentage of lawyers under the age of 40 after a stringent selection process. Jayme can trace her career trajectory back to the cheese factory where she worked every summer during college. “I have to say that working on an assembly line was a life lesson that still pays dividends today,” she says. “I decided then that whatever profession I selected needed to challenge me every day. It also made me very grateful for my education and the other opportunities I’ve had.”

Jayme was first introduced to United Way when she joined Reed Smith as a young associate in 2001. Since then she’s contributed to United Way every year, and she and her husband Joe became Tocqueville Society members in 2013.  The Butchers are not native Pittsburghers, but “we can’t imagine raising our daughter or working in any other city. We’ve met so many wonderful people here, and it’s been a privilege to connect with people in the donor groups at United Way.” She urges anyone who is thinking about joining the Tocqueville Society not to hesitate. “You will never regret it. Not for one second. The people that you will meet, the differences that you can make, and the impact that you can actually see from your efforts right here in our community will make you glad every day that you got involved.”

That was definitely Jayme’s experience as co-chair of the United for Women Selection Committee during the 2015 competitive proposal funding process. “Women helping women is something that I’m very passionate about,” she says, “and United for Women is a tremendous example of that phenomenon. The fact that a group of women got together, decided to find a way to help women who are in crisis for the first time because of an unforeseen life event, and then raised over three million dollars to do it is just amazing. I’m proud to be a part of it.” Giving back to the local community is a priority for the Butchers, and Jayme strongly feels that this is a good habit that can’t start early enough.  She and Joe are “already looking for ways to get our 9 year old daughter involved in community service. We want her to understand how critically important it is to be a contributing member of the community. We want her to see that everyone has something to give.”