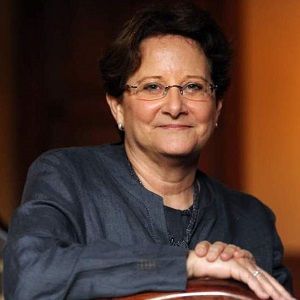 Giving back in a big way in retirement

“Volunteering with United Way is an effective and efficient way to give back.”

To Bibiana Boerio, volunteering and giving back to the community is second nature. Growing up, her parents placed an emphasis on doing good for those less fortunate, and those values stayed with her as she got older.

“It’s something I was raised with. My parents didn’t come from wealthy families. But we were taught that we help people who need it,” Bibiana remarked.

Bibiana began contributing to United Way in 1976, when she started her career with Ford Motor Company in Michigan. “Over my career, I’ve seen the benefit of United Way, and I’ve seen its ability to be an effective aggregator and dispenser into the community where the need is highest,” Bibiana said.

After 32 years with Ford and three years working on Capitol Hill, Bibiana made her way back to her hometown in Latrobe to support her mother and serve as interim president of Seton Hill University. Following that, with time on her hands, she stepped into the shoes of an active nonprofit volunteer. United Way asked if she was interested in getting involved, and she immediately said yes.

“It’s a great way to meet new people no matter your age, find out what’s going on outside of your own world, and see how you can utilize your experience in helping the community,” Bibiana said.

She joined United Way’s Women’s Leadership Council three years ago, Tocqueville Society just one year after, and sits on United Way of Southwestern Pennsylvania’s Local Operating Board for Westmoreland, Fayette and Southern Armstrong Counties. She is presently chairing the Investment Strategy Study for the Income Focus Area for the Westmoreland operating board.

“United Way works to identify the community’s greatest needs and then recommends the areas where we can have an impact,” Bibiana explained.

In addition to her time volunteering with United Way, Bibiana sits on the St. Vincent College Board of Directors, is the Chair of the Greensburg Central Catholic High School Advisory Council, is on Adelphoi’s Board of Directors, sits on two University of Pittsburgh Business advisory councils, and just finished taking an Italian class.

“I’ve been blessed with good health and a fantastic career that’s allowed me to do amazing things around the world and to help others,” Bibiana said.