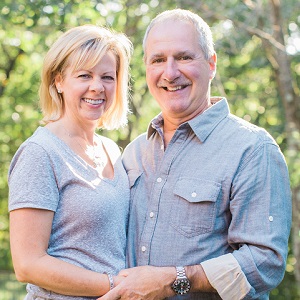 Giving Back with a Grateful Heart

“We are blessed. It’s important to give back to people who need it.”

Jay Mastilak, CFP®, ADPA,® is Managing Director of Investments at Wells Fargo Advisors, past President of the Financial Planning Association’s Pittsburgh Chapter, and a leader in the local financial services sector. She’s also passionate about programs that help children and youth, especially United Way’s Be A Middle School Mentor. She carpools with her fellow mentors from Wells Fargo to Manchester Academic Charter School every week during the academic year. “We tend to be in silos in our line of work,” she says, “so I’ve really enjoyed connecting with my colleagues this way.” She treasures her relationship with A’Niyah, her mentee for the past two years. “She’s grown so much! She’s a typical teenager. Our kids are in their twenties now, so I’d forgotten what that’s like. We have a great time together.”

Studies show that support from caring adults during the crucial middle school can have a life-long impact, but Jay’s commitment to mentoring is deeply personal. Mentoring has played a significant role in her own life. When she was a young sales assistant at Merrill Lynch in the ‘80s, not long out of high school, the advisors she worked for recognized her potential. “They were my unofficial mentors. They said, ‘You can do more,’” she says with emotion. “Their encouragement helped me believe in myself. That’s why mentoring is so important to me.”

It wasn’t easy. Jay worked fulltime and studied at night for the credentials on which she’s built a successful practice spanning more than 30 years. Mark stayed at home with their two children, an unconventional choice at the time and a big adjustment after a career in sales. The Mastilaks are justifiably proud of what they’ve accomplished since they met on a blind date years ago. When they talk about their life together they focus on their good fortune rather than their hard work and sacrifice, and they care deeply about giving back. Longtime United Way supporters, they became Tocqueville Society members last year. “People may not realize how much United Way touches our community and addresses its needs in so many different ways,” Jay says. She finds it encouraging to connect with other like-minded donors at Tocqueville events, like the Candid Conversation at 4moms that she attended with her daughter in September. “If a lot of people give, even a little, it makes a huge difference.”

The Mastilaks volunteer as a family at Light of Life Ministries. “We want our kids to see how other people live, and how lucky we are.” Mark recalls serving a meal to an older man who’d been on the street for years and was living under a bridge. “What do you say to that,” he says, his voice catching. “It’s not just about the money,” Jay says, also moved. “If you spend a little time with these organizations you understand the good work they do. You want to help.” Which brings her back to mentoring: “I’d encourage other companies with offices in the city to support their employees who are interested in mentoring. It’s only an hour a week, and you get so much more than you give.”

People on the Move: New board members