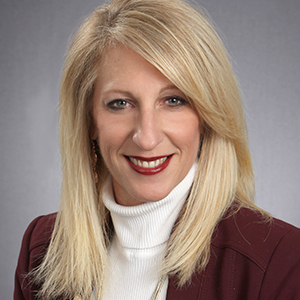 Giving, volunteering, and making a difference

“It’s a great feeling to know you played a small role in the change you’re seeing in the community.”

As Renee Coyner has found success in her own career, it’s become increasingly important to her to give back to the community. “It’s rewarding to help others who might not have the resources they need to thrive,” she explained.

Nearly 15 years ago, Renee became involved with United Way. After hearing a compelling speaker who shared their story of how United Way had impacted them, she jumped right in.

Shortly thereafter, she was introduced to United Way’s Women’s Leadership Council and Renee was eager to get started and make a difference through the WLC’s United for Women initiative. “This felt like a perfect way for me to give back to my community in a meaningful way,” she said.

Since then, she has helped plan the WLC Breakfast and WLC Wine Tasting, attended Day of Caring events, and participated in various volunteer activities, including United Way’s annual Build-a-Bike event, where volunteers help children learn about teamwork, the importance of healthy habits and building self-confidence, while building their very own bike.

“To see the kids walk away with their very own bike – for many of them, their first bike – is just so rewarding. It was such a great event for my colleagues and me to do together,” Renee said. “We’re excited to volunteer again this year.”

At Build-a-Bike and the other events Renee has participated in, she is able to meet like-minded professionals and network with them — while still reaching her philanthropic goals.

“It’s great to have the camaraderie and be aligned with such a great group of women. United Way’s mission aligns with my own goals, and I think that’s really important,” Renee explained.

Most importantly, Renee enjoys how her role with United Way’s WLC coincides with her work at KeyBank. “I participate in the Key4Women initiative at KeyBank and hope to create an even stronger partnership between WLC and Key4Women in the future so more of my colleagues will be encouraged to get involved,” Renee said.