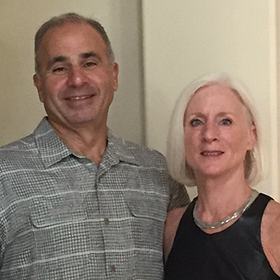 Not your Father’s United Way

John George knows a thing or two about change.

He has seen major changes in his industry since he embarked on a career in hospital administration in the early ‘70s. Now the owner and CEO of InterGroup Services LLC, the only independently owned managed care company in Pennsylvania, John acknowledges that the health care landscape has been reshaped through mergers, acquisitions and consolidation. John has seen first hand how the industry may be headed down a different path from the current mix of small independently owned companies and larger organizations. Change has been part of his business life.

This has helped John take the long view. He understands the importance of intentional evolution – in business and in life. John likes to be prepared – in addition to his undergraduate degree in Marketing from Duquesne, John has an MBA in Finance from Pitt – and he likes to make up his own mind based on the facts. Early in his career while working in the administration of a local hospital, this became painfully clear the first time he was introduced to United Way.

As a young Vice President on that executive team, John learned that it was a given that all of the leadership would be expected to contribute to United Way. John did contribute, but he thought to himself, “I have always been committed to charitable giving and volunteer activities. I prefer to choose my own charities.” John remembers thinking – “I didn’t know a lot about United Way, and wasn’t sure where my contributions were going.”

Fast forwarding from then to about four years ago, John talks about how he was approached because of his status as a corporate leader to see if he had interest in learning about United Way. After some conversation, it became clear to John that United Way had changed. “I was convinced to start looking at the “new” United Way, and I was convinced that I now did want to begin to contribute and get involved.”

John first began his new relationship with United Way by volunteering, and soon joined the Tocqueville Society. John volunteered on the Impact Fund proposal review committee stating – “I really got a chance to look at how the dollars were coming in and how the requests that came in were being evaluated, and how the funding was determined, and which agencies were getting funded.” John admits “there were a lot of difficult choices to be made.”

On one hand John states that whole experience really solidified his commitment to United Way. John also states that this involvement helped him with his life plan as “I began pulling back from work activities and getting more involved with volunteer activities.”

When asked about other memorable volunteer experiences, John recalls participating in a Day of Caring program at a day care facility that serves low-income families. John understood the need and rationale for these types of programs as he had reviewed proposals for the United Way’s Children & Youth programming.

“The Reading to Children experience was a real eye opener. You hear about these programs, but when you see the kids that are there and the activities that these kids participate in; you really get to experience it first hand. You look at it as an opportunity for the kids, but also for the parents who have to work – many with no choice – either single parents or when both parents have to work to make ends meet. That made a huge impact on me.”

Volunteering fits well in John’s current life plan. His new personal strategy is to pull back from work, to give back by volunteering, and to spend more time with his wife, Carolyn, their teenage son, and his three grown children.

“Western PA has always been special to me,” he says. “The level of philanthropic engagement here contributes to that. I still support other charities that I believe in. But the combination of giving and volunteering connects me to the work that United Way does. I really get to see the value of my contribution.”

Giving Back in the Most Livable City