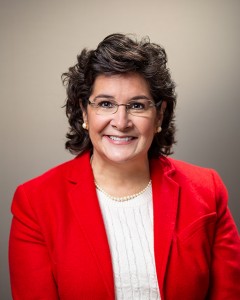 Kim Geyer is helping Butler County’s youth and beyond.

Kim Geyer serves as the Vice Chair on the Butler County Board of Commissioners. Over her nine-year tenure, Kim Geyer has served the people of Butler County to help create positive change in the region. Her desire to serve dates back to 1993 when she became a grassroots activist, traveling to Harrisburg and Washington DC to advocate for education policy. In 1994, she began her own consulting business and in 1999 she began serving on the Mars School Board.  She decided to run for county commissioner in 2010. While she didn’t win that election it led to a successful career in public service culminating in the 2015 election victory where she won a seat for county commissioner in Butler County. She is currently serving her second term.

Kim serves on United Way of Southwestern Pennsylvania’s Advisory Board and is also a member of Women’s Leadership Council (WLC). She also lends her time and support to many organizations in addition to United Way, such as  Southwestern Pennsylvania Commission, Tri-County Workforce Development Board, Butler County Community College, Pittsburgh Butler Regional Airport, and the Butler County Conservation District, to name a few.

Kim is most passionate about being a mother to her two adult children and considers them her greatest accomplishment. “I experienced a loving and supportive family and had a wonderful Mayberry childhood, despite my parents being teenagers when I was born. I learned early that family is the most important gift you can have,” says Kim. She also believes this is why she has been so focused on public service. “My upbringing has blessed with me an attitude of gratitude all my life. I am passionate about making a positive difference in life and serving other people.”

In 2019, Kim was recognized by her WLC peers, including fellow county commissioner Leslie Osche, for her work with Butler County youth. Over the past few years, WLC has raised nearly $15,000 annually for United Way and a youth mentoring program which they worked to help implement in Butler County schools.

When Kim isn’t helping others, she enjoys spending time with family, skiing in the mountains, swimming, and traveling. She encourages others to consider WLC “for rewarding work, friendships, and networking with some pretty amazing women.”