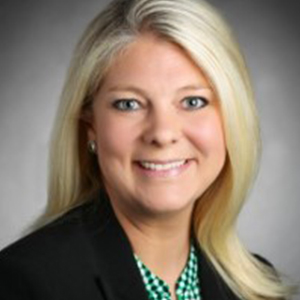 Making a difference by bringing women together

“United Way creates a platform for the community to be involved in a really meaningful way.”

Lori Rooney is passionate about giving back to her community; it’s important to her to be part of the impact her contributions are making. “We all get bogged down with our work, responsibilities, but giving back and actually seeing the change you’re making really gives you some perspective,” she said.

Lori has always given back to her community in some capacity, but after learning about United Way’s work in 2006, she saw the change she could make. Being especially passionate about women’s issues, she was excited to become a member of United Way’s Women’s Leadership Council.

“I had always been involved with other organizations, but when I learned about United Way’s WLC from coworkers, I was very interested,” Lori said. “All of the members were so passionate about the work, and they could clearly articulate the things they were accomplishing. I wanted to be part of that.”

Since then, Lori has become even more involved. She joined the committee for the WLC Wine Tasting, sat on the United for Women RFP committee, and attended various WLC events and volunteer activities. Beyond that, she has planned her own yearly fundraiser to benefit United Way’s United for Women initiative.

For the last two years, Lori has coordinated a series of women’s golf events where three learning events lead up to a golf outing in the fall. The golf outing allows women to network, participate in a 9-hole golf tournament, bid on auction items and more. Last year the event raised more than $1,000 for United for Women, and Lori hopes to increase that amount for its third year this fall.

“I’m proud of how this event has grown. So many women leave with a sense of understanding about all of the great work United Way does, and we are able to give a little financial support to United for Women, as well,” Lori said.

Lori hopes more women will consider getting involved with United Way’s WLC. “Through United Way, I know my gift is so much more meaningful. We are creating opportunities for women who wouldn’t have had them otherwise,” Lori explained.