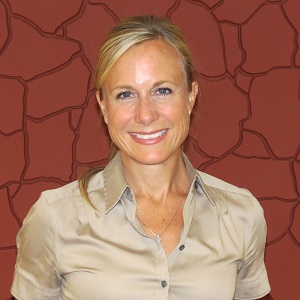 Making an undeniable impact with WLC

Pam Fletcher became a member of United Way’s Women’s Leadership Council (WLC) to join thousands of local women who are passionate about making a difference in their communities.

She first heard of WLC during NOVA Chemicals’ workplace campaign and was inspired to join after attending the annual WLC Breakfast with her co-workers.

Since joining, Pam has volunteered for Days of Caring, participated in panel discussions at Bethlehem Haven’s Empowerment Workshops and hosted her own breakfast tables for WLC.  The story one mother shared during a company campaign kickoff stuck with her over the years and inspired her to actively recruit new members and contributors to WLC.

The woman was a single mother of a teenage boy who happened to be the same age as one of Pam’s own boys.  When the roof of their apartment caved in, she was forced to turn to a women’s shelter. There, she was told she’d have to be housed separately from her son because he was too old to stay in the women’s shelter. With help from WLC’s United for Women initiative, she was able to get the support she needed to get back on her feet.

“That could have been me and my sons,” Pam said. “The reality is, we’re all just one crisis away from needing some support regardless of whether it is financial or emotional.”

Empowered to step up and make a difference, Pam joined WLC’s Selection Committee which evaluates agencies and makes recommendations to ensure the best use of funds through United Way’s Impact Fund. Pam and others on the Selection Committee look to fund local programs that help the most people and address systemic problems with innovative solutions and collaborative efforts to make the biggest difference.

“After hearing the stories of women who have been helped and seeing where the money goes, the impact of WLC is incredible and undeniable, the people and experiences I’ve encountered through the WLC have even contributed to my career decisions.” Pam said.