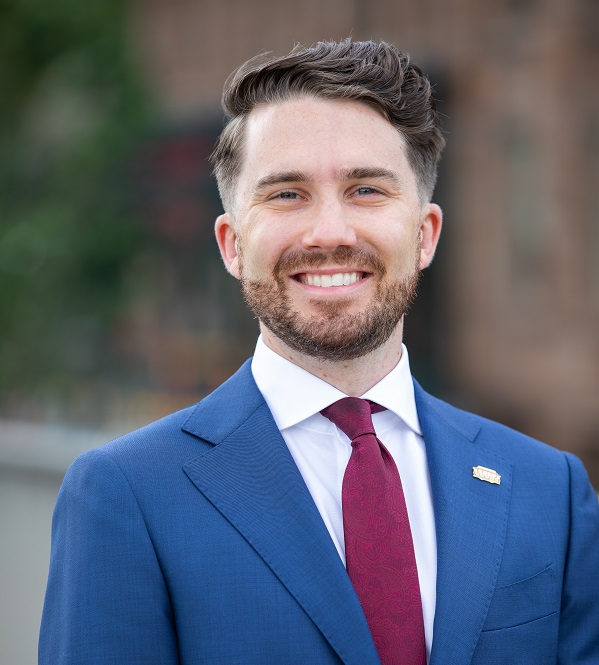 Passionate about providing support to all who need it

Dan LaVallee works in government programs at University of Pittsburgh Medical Center (UPMC) Health Plan, serving individuals from underserved communities, including the Medicaid population. He also leads some of UPMC’s social responsibility efforts, such as providing the most inclusive environment possible for the LGBT community, coordinating housing and employment assistance to those who need it, and building out programs and partnerships for those with an intellectual or developmental disability. He lives in Greenfield with his wife and three-year-old daughter.

When I was a kid, my dad helped build the model for the Children’s Health Insurance Program (CHIP) after the tens of thousands of kids in western Pennsylvania lost their health care in the late 1980s. I was impacted by the work I saw him do there. Also, my brother died when I was 6, and at that time there was a lack of support groups for children who had lost a loved one. So, my dad — together with fellow Pittsburgher Mister Rogers — came together to start the Highmark Caring Place, a center for grieving children and their families. My dad committed his life to serving children in need and that made me want to get into healthcare to continue to figure out how to develop models to make an impact for those in need.

Have you always lived in Pittsburgh?

Mostly. I was born and raised in Wexford. When I graduated from graduate school at Carnegie Mellon in 2010, my wife and I moved to Washington, D.C. for a couple years. I wanted to come back to Pittsburgh, though, and when my grandmother got older and was living with my dad, I came back to help take care of her. She ran a small Kunst bakery in Oakland for about 60 years — on University of Pittsburgh’s campus — and my dad always said she put us through college one donut at a time.

What are your hobbies?

Basketball is what I love the most. I played basketball in college, and I play in a couple leagues here in Pittsburgh. I also spend as much time as I can with my wife and daughter and our little Australian shepherd. My daughter is into ballet and she loves the movie, Frozen, so I feel like that’s my hobby now — Frozen — with a little bit of basketball mixed in.

When I was a kid, Mister Rogers told me that the only unique gift you have to give is your authentic self. It’s helped me remember that I should never try to be something I’m not, and just focus on being exactly who I am.

How did you get involved in the United Way?

I ran for Congress in 2014 and, after losing the general election, was looking for a way to stay involved and help the individuals in Butler County, where I lived. They had helped me so much and were so kind to me during the campaign. So, I joined the board of United Way of Butler County in 2016. We were going through a transition time and I became the chair of that board. We had some challenges, but we kept our sights on serving those in need in Butler, made some changes, and then worked to create a merger with the larger United Way of Southwestern Pennsylvania. It was a nine-month process to merge and we successfully merged about a year ago. I’m still serving as the chair of the local Butler County Operating Board and then I’m also on the board and executive committee of the United Way of Southwestern Pennsylvania — and will be for the next couple years.

What is your favorite UW memory?

The day we signed the agreement to merge. Once we did, I knew that every child, senior, veteran, individual with a disability, and struggling family in Butler County would have a chance to get the support they needed from United Way. Before the merger, I wasn’t sure how long our local United Way would be around. Because the United Way of Southwestern Pennsylvania is a larger organization, it’s just in a much better place to serve the local needs, with local staff on the ground. I love that long after I’m off the board of the United Way, the people of Butler County — which is a place that has some very challenging areas — will be taken care of.