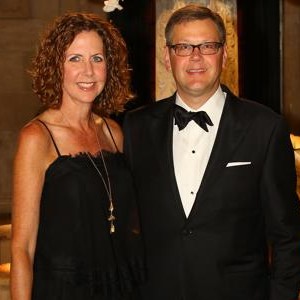 When you Give to United Way, you Give Directly to the Community

“The best way to really understand how involved United Way’s donors are in where their money goes is to get involved yourself.”

Since David and Mari Jo Schlosser met as students at Penn State, job opportunities in the energy sector took them west, then back to their native state twenty years later. David is now President of Exploration and Production at EQT’s corporate headquarters in Pittsburgh.

David became a Tocqueville Society member several years ago. Both have served on Selection and Review Committees during United Way’s annual competitive grant process. David says that reviewing funding proposals has made him more aware of how his dollars make a difference in the community. Mari Jo is currently serving on a Review Committee for the first time, for the 2017 United for Seniors grant cycle. “United Way is clearly committed to seeking out new solutions to fill gaps in existing services to help seniors remain in their homes. Donor dollars are going toward prevention, not just fixing a problem,” she says.

David and Mari Jo look forward to participating in Tocqueville Society and United Way events. They enjoy directly experiencing United Way’s work. “I recently attended the annual Wine Tasting,” she says. “I heard a young woman speak about help she received from United for Women when she needed it most – it’s incredible that donor dollars go to initiatives that assist people like her.”

Being involved has deepened their commitment to United Way’s work. “I see giving to United Way differently, now that I’ve seen how its process works and how much it does,” says David. “I feel I’m giving directly to the community.”