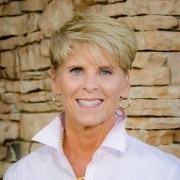 When You Harness our Collective Strength, We Can’t be Beat

Stephany Hartstirn is too busy breaking up gender stereotypes to spend much time dwelling on them. As Senior Director of Sales Support and Administration at UPMC Health Plan, she is responsible for the operational end of sales from quote to claim. As a Direct Commission Officer in the US Navy Reserve since 1992, she serves her country in a career that has included deployments to Afghanistan and Iraq.

In Kandahar, where she was an embedded trainer with the Afghan National Army, Stephany coordinated humanitarian aid missions, medical assist visits, and numerous emergency response projects. On her own, she taught children English and mobilized stateside friends and family to support the local school. She’s been nationally recognized for her work in those war-torn regions, especially for her commitment to helping women and children.

Stephany’s military experience has attuned her to the plight of the underserved here at home. She supports United Way because “United Way knows how to attack our community’s problems. And I love what United Way is doing for Veterans and their families, especially female Veterans.” She’s served as a volunteer proposal reviewer during United Way’s RFP process, has chaired United Way’s Workplace Campaign at UPMC Health Plan, and has been a member of the WLC since 2008. “It’s so easy to make a big impact with whatever your time and talent allows.”

Stephany was recently promoted to the prestigious rank of Captain, attained by only a fraction of female officers, and although she’s dealt with gender bias she doesn’t let it define her. “Women are so resilient and capable,” she says. “When you harness our collective strength, we can’t be beat.”