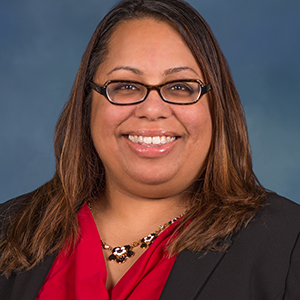 A decade of impact

“If we have the opportunity to have a positive impact on someone’s life, we simply have to take it.”

Joanne LaRose has dedicated hundreds of hours of her time to be an active role model and volunteer with United Way over the past 10 years. She decided to take her dedication to United Way a step further by joining United Way’s Women’s Leadership Council (WLC) three years ago.

“For the last decade, I have had the opportunity to be part of an organization that works hard to make a difference,” Joanne said. “And since joining WLC, it has been so impactful to work with such a powerful group of women who put the needs of others before their own.”

In the past, Joanne sat on United Way’s Corporate Campaigns Committee and participated in multiple WLC events such as WLC’s Annual Wine Tasting and the WLC Breakfast. Joanne has also represented WLC in other events, such as United Way’s Build-A-Bike, where she helped deserving kids in the community learn the importance of teamwork and healthy habits.

“I love to lend a helping hand as much as possible. It’s a huge part of who I am, and it’s just the right thing to do. I’m also appreciative of working for an organization, like FedEx Ground, that supports and shares my passion and commitment to giving back,” Joanne noted.

Joanne is passionate about many other causes as well, especially helping women that are struggling. That’s why she’s glad to support WLC’s signature initiative, United for Women, and make a difference.

Joanne looks forward to her continued work with United Way to make a difference throughout her community, and believes it’s always important to support others when they are battling a crisis. “You never know if you could be in a similar situation someday,” she remarked.