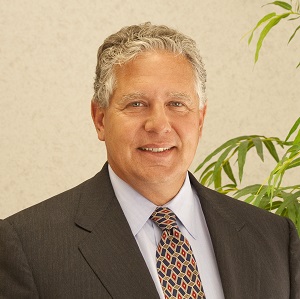 “This is our community—we live in it. These are our friends and neighbors and people we care about that need the help. It’s up to us to come forward and be part of the solution.”

Craig Tillotson has been a Pittsburgh man at heart his entire life. After a six-year move to Houston, Craig made it back home to Pittsburgh in 1984 when he joined his family’s business, Hefren-Tillotson, and is now the company’s vice chairman.

He and his wife Jill met at Hefren-Tillotson and raised seven children – six boys and one girl – here in the Steel City. They have always placed an emphasis on giving back to their community.

When they discovered their youngest son, now ten, had special needs, Craig felt even more compelled to raise awareness of the present challenges and available resources for people with disabilities and their caregivers.

“Certainly being with my son over the past ten years has touched my heart toward the difficulties people with disabilities face, as well as the people caring for them,” Craig said.

While he has a passion for issues surrounding people with disabilities, Craig supports United Way in many other ways. He appreciates being able to give his support to United Way’s Impact Fund. “I believe that people at United Way have the best handle on where money is needed.”

And Craig has seen first-hand the responsiveness of United Way after making a call several years ago asking for nonprofits that support individuals with job training. United Way returned his call in less than an hour, providing several resources and agencies. They didn’t know Craig was calling to make a gift, and it was promising to see how quickly United Way moved to help someone they thought was calling for help.

Craig has been part of the Tocqueville Society for ten years. Through his involvement, he has seen how he and his fellow Tocqueville members can truly make a difference in the community.

Craig supports various organizations and agencies in Pittsburgh, but he finds it most effective to give through United Way. “Giving feels good. And it does good. It’s a win, win,” Craig said.