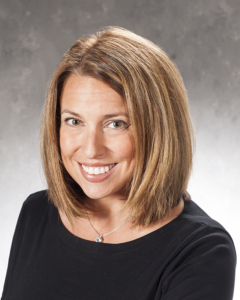 Safeguarding MSA and lives as a United Way leader.

Becky Gales is the Senior Corporate Risk Manager at MSA. Becky is responsible for building a global insurance portfolio that best protects shareholders and MSA from risk. During her 15-year tenure, she has been a strong United Way supporter and recently became MSA’s campaign leader. “I may be biased, but MSA is probably one of the best companies in our area to work for. We are fortunate to have such a strong culture of collaboration and philanthropy,” says Becky. In addition to MSA’s pledge campaign, the company participates in Day of Caring and the annual Build-A-Bike event, which Becky helps coordinate. “It’s been a great relationship between United Way and MSA. As campaign leader, I’ve gained visibility to United Way’s Women’s Leadership Council and connected with many other MSA colleagues in WLC. That inspired me to join.”

As a newer WLC member, Becky hopes to encourage other women and break down barriers to participation. The main objection she hears is that people worry about donating to a large organization. “Sometimes people think United Way is big therefore, the money doesn’t get back down into the community. That’s just not true. Working with United way and WLC, I’ve seen those dollars at work firsthand in Beverly’s Birthdays, a mile down the road from my house, and in United Way’s 211 call center where people receive an immediate response to urgent needs,” says Becky. “United Way is impacting our friends, our neighbors, and other community members in our region.”

Becky is outspoken in her efforts to help others. She credits her grandmother for teaching her how to be strong and independent. Becky remembers her as a person who handled life’s challenges while still taking time for other people. “I think her lessons put me on the path I’m on today. I just love being able to make a difference to someone else,” she says. Becky is also the Chair of MSA’s Wills for Heroes program, which writes wills for local Pittsburgh-based firefighters each year. She has also served on several boards, including Action for Animals. “If I didn’t have my day job, I would spend my time doing charity work and helping non-profit organizations fulfill their missions,” she says.

One thing that might surprise others about Becky is that she learned to ride a motorcycle and received her license in her twenties. On her maiden voyage, about a mile down the road, her inner “risk manager” kicked in, and she decided it was not for her. On the safer side, Becky loves to garden and spend time with her husband Spencer and her children, Claire and Izaak.