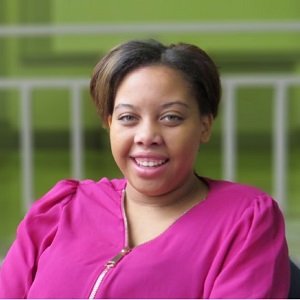 Jhenae was a junior at Brashear High School when she gave birth to her son, John. Staying focused on her studies was a challenge during her pregnancy, and it became much harder to get to her classes once John arrived. He was frequently ill, and Jhenae was exhausted and overwhelmed. She knew school was important, but she was chronically absent. John had to be her first priority.
United Way’s Be There initiative, which mobilizes caring adults to promote school attendance, helped Jhenae recommit to being at school on a regular basis. Inspired by the enthusiastic support of Be There volunteers, Jhenae improved her attendance, got good grades, and began to see herself as a leader. Soon she was encouraging other students to succeed academically, as a Be There Ambassador and a Reading Warrior mentor. She graduated last year with honors and is enrolled at CCAC, preparing for a career as an early childhood educator.