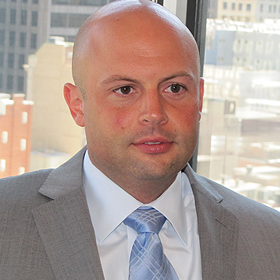 A Deloitte Partner’s Dedication to Service

“At the end of the day, like most people, I want my city to be a better place. United Way helps accomplish that goal.”

Since graduating from Penn State and beginning his career in 1998, Dan has been involved with United Way.  In his first year as a Partner with Deloitte, Dan participated in a United Way Day of Caring. He began donating as a young professional and became a Tocqueville Society Member in 2012.

As an active member of the Emerging Leaders Tocqueville Committee (ELTC), Dan is helping to transform the experience of being a Tocqueville member, making it more appealing to our community’s next generation of corporate leaders.

While serving on the ELTC, Dan has learned about the various ways United Way is making an impact on the broader Pittsburgh community. “Until joining Tocqueville Society, I had a limited understanding of how United Way impacts the city.  The support provided to local people facing challenges is far reaching, and we can make an even greater impact by spreading the word.”

In addition to his involvement with United Way, Dan serves on the Board of Directors of both the Ronald McDonald House charities of Pittsburgh and Morgantown and the ALS Association of Western Pennsylvania.  “It is important to give back and to serve as a positive role model for others in my network.  ELTC focuses on attracting the next generation of community leaders. I believe the most impactful way to accomplish this is to lead by example.”