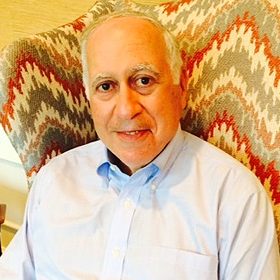 A Chance To Make A Difference Ignites Commitment to Giving.

David Burstin has lived a full and rewarding life thus far to say the least. Married to his brilliant wife of 40 years, Dr. Barbara Burstin, they call Pittsburgh home and enjoy spending time with their 17 grandchildren and supporting their community. Having a successful career as the Chairman of the Western Pennsylvania Hospital, David stresses the importance of realizing that it’s important to give back to the community that served you so well, using the United Way to do so.

David’s unwavering generosity and involvement has done wonders for the community, all thanks to one simple four-worded question: “Why aren’t you involved?” He explained that he began his involvement because when asked this by a friend, he “really didn’t have a good answer.” These four simple words changed not only the Burstins’ lives, but the lives of the community around them.

Giving back seems to be ingrained in the Burstins’ nature; with David’s long-time involvement in the United Way, he has served on the organization’s Board of Directors, campaigned leadership across multiple years and played a key role in setting up United Way’s Endowment Fund. According to David, “There’s no better organization [than United Way] to pay your dues.”

As members of United Way’s Tocqueville Society, the Burstins’ annual gift goes to support the Impact Fund, which addresses the Pittsburgh community’s most critical needs.

David is a strong believer in the United Way’s Request For Proposals (RFP) process – an open, competitive funding model where agencies apply for program funding (often collaboratively) in key areas to make significant impact. Community volunteers review those proposals and make funding recommendations to the board. Explaining his love for the program, David asks, “What do I trust more than a group of good citizens working together?”
Beyond their annual giving, the Burstins have chosen to perpetuate their United Way support. Through a planned gift, the Burstins are investing in United Way’s regional future.

“[You] have to adapt to [the] next generation, but [you] don’t forget the things that worked so well in previous generations.”
Face to face meetings are critical according to the Burstins. People have to be “aware of where their money is going,” making the United Way a perfect fit for David and his wife. Being a Tocqueville member satisfies their need for face-to-face interaction, for the multitude of events allow members to socialize with other supporters of the community. Regarding online and mobile giving, the Burstins claim, “All that is good, but don’t forget what is at the core – the good work.”

Their contribution to the Pittsburgh and the United Way has been enormous, yet it looks as though there is no stopping them from continuing to give back. Using the United Way and their Tocqueville membership as their tool, they continue to change our community. As David explains in his interview, “people have to remember what’s at the core, and that’s the good work and the people who’ve been helped.”