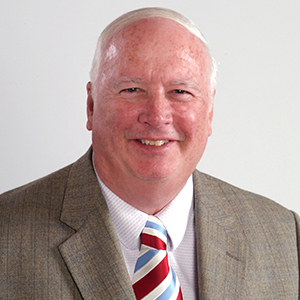 Doing so much for the community…and a little bit more

“With United Way, you can pick what you’re passionate about and get to work.”

After traveling the world for his career for nearly 12 years with his family, Robert (Bob) Brooks and his wife, Sue, decided to settle down in Murrysville after accepting a job at Westinghouse. Since then, he has truly immersed himself in the community.

From being Murrysville’s mayor for the last eight years, to working with his church, the Boy Scouts and many other organizations – Bob works hard for his community. But he knew he could do even more. “We see that there is such a need right here,” Bob explained.

Four years ago, United Way of Southwestern PA approached him about joining their Board of Directors, and he saw an area where he could do even more for his community. With a passion for education and women’s issues, he knew getting more involved with United Way was his next big step.

“United Way does so much good work for our local community,” Bob said. “When they asked me to join their board, I immediately said okay. Once I got more involved, the time came naturally, and I quickly followed with my financial contribution because I could see it would be put to the best use.”

While Bob had given to United Way in the past during his career with Westinghouse, he’s learned so much more about the organization over the last four years on the board and three years of being involved with the Tocqueville Society.

“United Way’s administrative expenses are very low. That was always something we felt good about, so much of the money we are giving goes back into the programs,” Bob reflected. “We’re always talking about the importance of transparency and United Way comes out very high on that report.”

Since getting involved, Bob has seen the impact. He enjoys being part of the work surrounding childhood literacy and working to help solve problems in his community.

To learn about how you can get involved with United Way of Southwestern PA’s Tocqueville Society, visit http://www.unitedway4u.org/tocqueville-society.