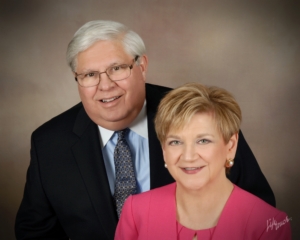 Elaine and John Frombach are no ordinary Tocqueville members. Their involvement with United Way dates to the early seventies. In addition to a long history of giving, both have served with United Way. John volunteered with United Way on a committee to review agency proposals for funding. After a successful advertising career, Elaine became a United Way employee for nine years, helping to promote and manage events. Elaine has been a Women’s Leadership Council member since 2002, and both John and Elaine have been Tocqueville contributors for the past 6 years.

Elaine and John both believe deeply in the power of the funding that United Way provides to local agencies. “They have a laser-like focus diverting funding to the places it’s needed most to solve community problems. United Way performs incredibly thorough research to make sure that organizations that receive funding are well-run and provide services at the highest level of accountability,” says John.

Despite extensive commitments to United Way, the Frombachs have made time for an endless list of professional and volunteer roles. Both are deeply involved with their local church. John has taught Sunday school for more than 40 years. Both Elaine and John are also active through the Whitehall Community Lions Club where Elaine currently serves as President. Both volunteer on the Brentwood 4th of July Committee, and numerous food drive events. With a long track record in school district administration, John currently serves as Interim Facilities Director at Penn Hills School District. He has been a consultant for more than a dozen school districts since “retiring.” John served for nine years on the Brentwood Borough Council. He is a past president of the Association of School Business Officials International and currently serves as Regional Chapter liaison for the Pennsylvania Association of School Business Officials. He also formerly served as a member of the Pittsburgh American Red Cross Board of Directors.