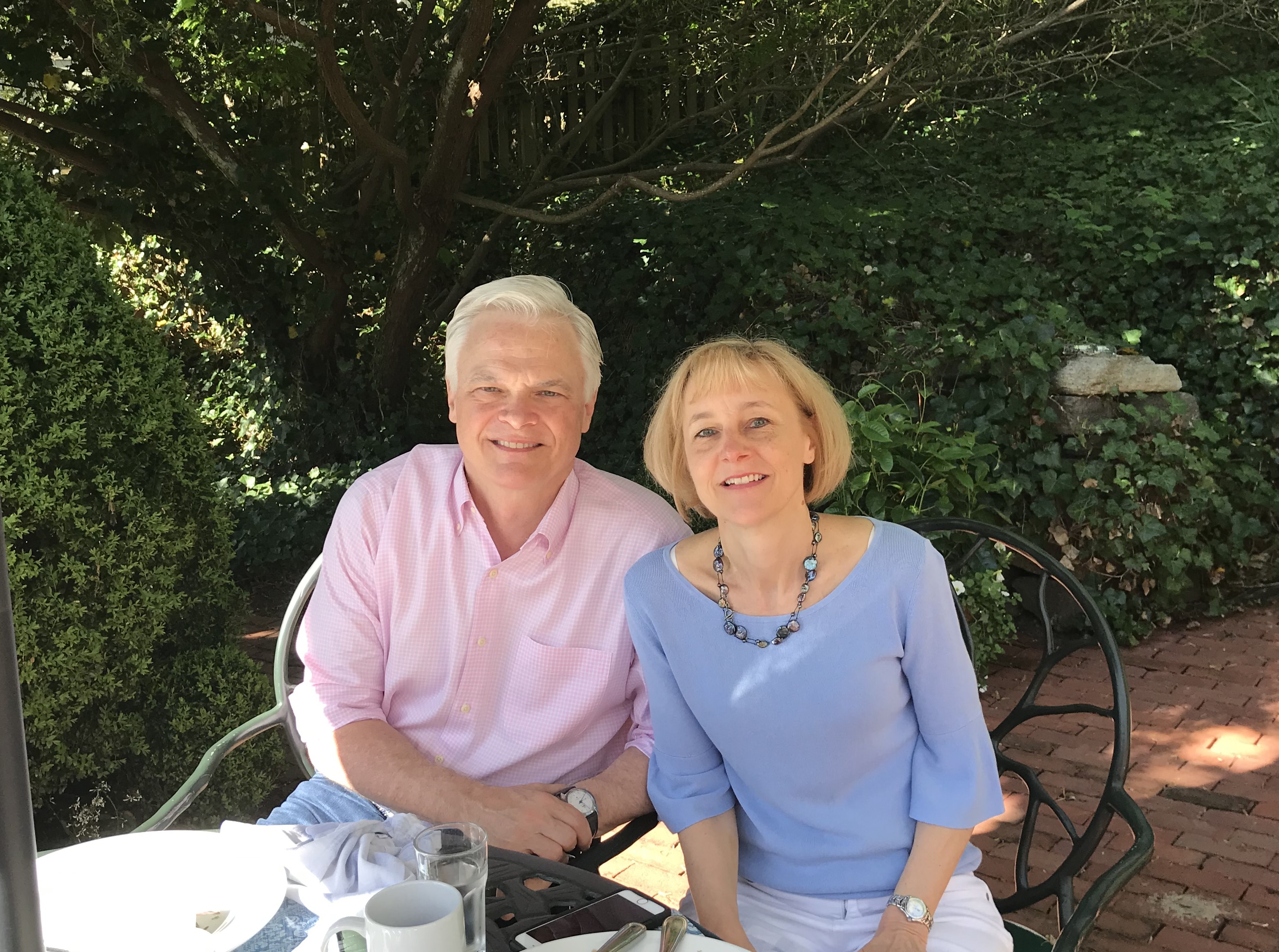 Jim and Debbie Newell have been advocates for United Way almost as long as they’ve been together. The United Way relationship spans 32 years for the couple who celebrated their 30th wedding anniversary this past August. After meeting as classmates at Georgetown University, they came to Pittsburgh to practice law and raise a family. Jim and Debbie share a daughter Abby, who is 24, in her third year of a Ph.D. program at the University of North Carolina, Chapel Hill. Their son, Will, is 21 and entering his senior year at Vanderbilt.

Today, Jim is a Shareholder and Chair of the Financial Institutions Practice Group at Buchanan Ingersoll & Rooney. Debbie is an Associate General Counsel with UGSI Solutions, Inc., a California-based provider of water treatment technologies to government and industry.  They share a commitment to giving back and have made the United Way a charitable priority.   Jim credits some of his early interest in United Way to Art Rooney II, a managing partner of the law firm in the late 1980s and 1990s. “Art was a major influence on my initial interest in supporting United Way of Southwestern PA.  Since then, our firm’s leadership has followed Art’s lead and has consistently encouraged our staff to be highly engaged with United Way,” explains Jim.

Jim and Debbie value being members of United Way’s Tocqueville Society because they like being part of a force for good. “In these politically-divisive and sometimes harsh times, the sense of belonging to an organization whose sole purpose is to do good for people in need—it means more than ever,” says Jim.

“Our Tocqueville Society is one of the most active and, on a per capita basis, highest contributing organizations in the nation.  It makes a meaningful difference in our local community, and we appreciate that the Society permits us to participate in the United Way’s good works in a unique and more personal way,” adds Debbie.

As for the future, Jim and Debbie believe that we can all play a role in community-wide change. “If each of us would set aside some time and a few dollars a week, we would thrive as a community,” says Jim. “Frankly, I think that the millennials and Gen Z have a far greater appreciation for this than my generation did or does. It gives me great hope for the future of our region.” To learn more about becoming a Tocqueville member visit www.uwswpa.org/tocqueville-society/, or inspire the next generation, by learning about United Way’s program for up and coming leaders at www.uwswpa.org/next-generation/.