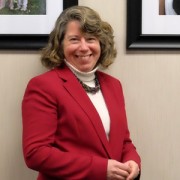 Sometimes being a parent feels a lot like a broken record. In my house, it goes like this: “Three more bites of vegetables before you can have dessert; Dishes go in the dishwasher; Did you use shampoo?” Does this sound familiar?

We know the important lessons bear repeating before they finally sink in – but eventually they do. In addition to health and hygiene, most parents spend a lot of time teaching respect and how to interact appropriately with others. But despite our best efforts, one in three teens reports being physically, sexually, emotionally or verbally abused by the person they are dating. This is a shockingly high number and it tells us there are gaps in how we are preparing our kids to have healthy relationships.

“Respect” is not sufficient. What are we missing?

Most kids are very literal. If you ask them for examples of respectful behavior they will tell you: holding the door open for someone; saying “please and thank you;” or giving up their seat to an older person.  These are all terrific examples of good manners, but these forms of respect do not help them recognize early warning signs of abusive behaviors. For instance, it can be very hard for young people to differentiate adolescent infatuation with a new relationship (normal) and tracking where a dating partner is all the time and controlling with whom they spend their time (a red flag for controlling behavior that can become abusive).

Very little of this relationship abuse is reported to parents or other adults in positions of authority, let alone the police. But teens will tell their friends. With odds like one in three, it’s probable that our children, girls or boys, will know someone in a violent relationship or witness some of this abusive behavior. Are we preparing them to recognize these behaviors for what they are, and know how to respond?

We all hope that our child would do the right thing. But would they know what that is?

All of us have a role to play in breaking cycles of abuse. If our kids aren’t sure how to handle situations like these, it’s not their fault. They need to be taught what to do. But many parents don’t have the information to give them.

FISA Foundation and United Way of Southwestern PA have teamed up to prevent domestic and sexual violence. We know that young people are at high-risk for experiencing abuse, but if they are prepared, they can have an enormous influence over the safety and well-being of their friends. A group of kids can help change the culture of a school, but kids can’t act unless the adults in their lives take the first step.

How can you teach your child the appropriate action to these situations?

It’s important that our kids have good manners and are respectful, but manners aren’t enough to protect them from abusive or violent relationships. It’s time to broach the awkward topic and then keep talking. It will be worth it if they grow up to have healthy friendships and romantic relationships, and if they are prepared to act if they should witness abuse.